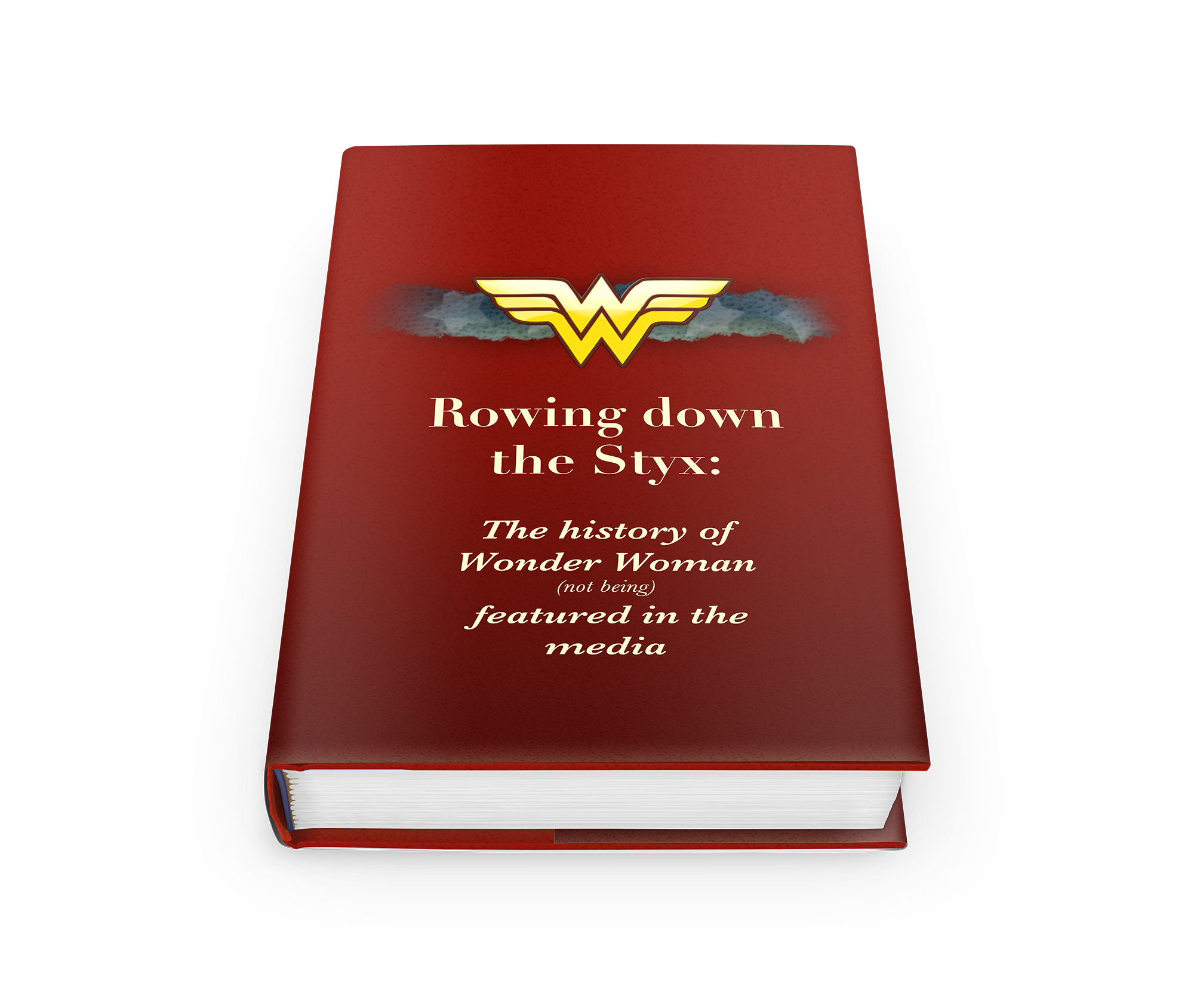 You can download it as a pdf here or

Ah the 90’s… I remember going to my aunts country house during vacation and catching up with all the gossip of entertainment, which i guess is not what yo you see, over there, far out in the country there was no internet, and no TV only some dubiously recent magazines that piled up from the years of guests going over and leaving them behind. So you during the day I would go outside on the grass and catch up with Cromos (stickers?), Jet Set and Caras (Faces)…. you know, the classics.

I remember there was one, a really old one that featured and article about Lynda Carter as wonder woman and featured a full page spread of her in the outfit… I cut it out and pasted it on the board of my bed… this one. 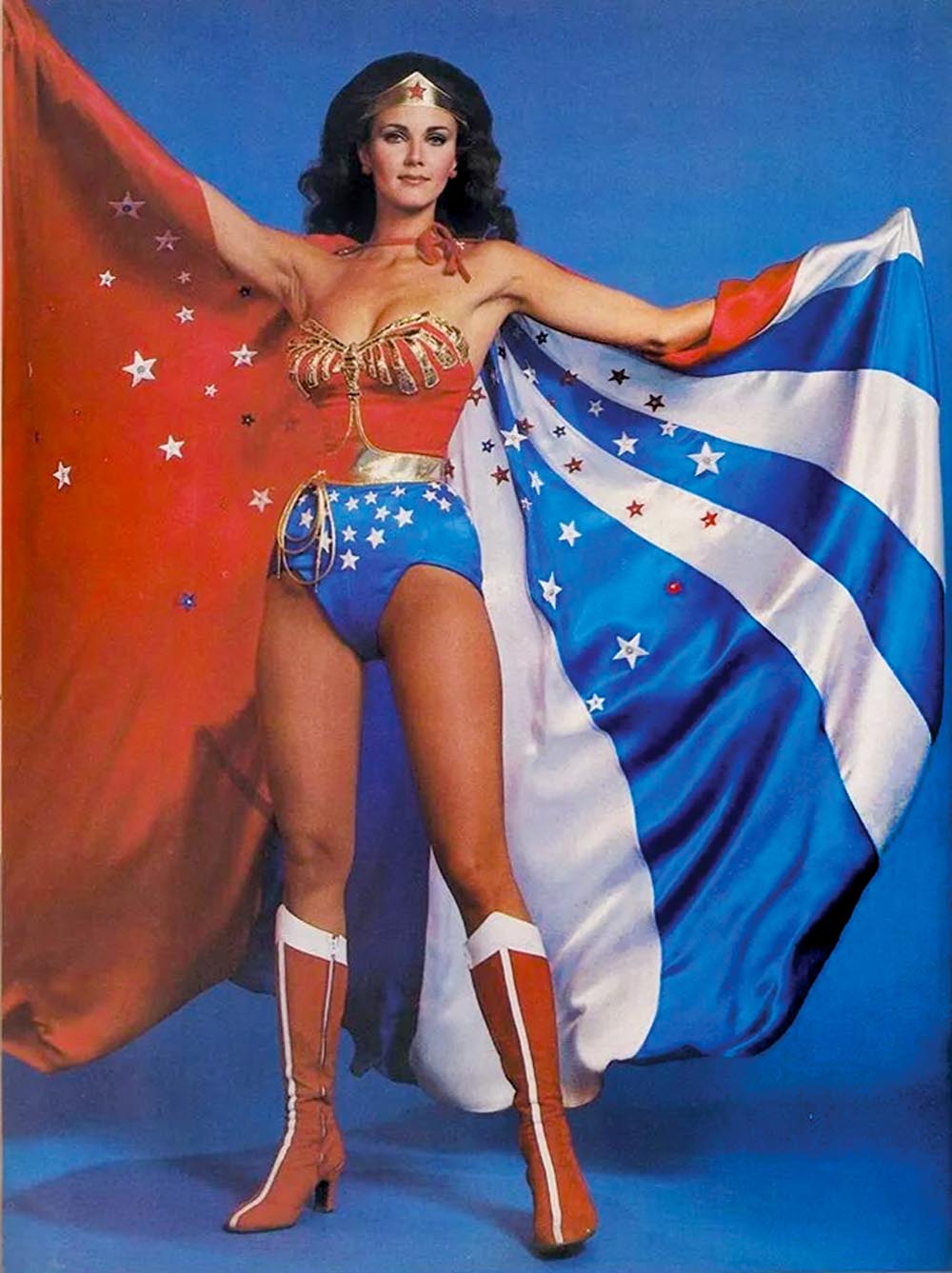 But I digress, despite most magazines being gossip from celebrities and royals. I remember from time to time, some news regarding the next batman flick, and even on rarer occasions there would be some new regarding a superman movie would show up. This was weird an oddity. In the 90’s no one really cared for DC comic movies (even less marvel if you can imagine that), except Batman nothing else seemed to matter  in that area. But when Tim Burton from Batman decided to do his version of superman, that was in the news, it never happened tho, for years bits a new came around, about Nicolas Cage getting the part, or Tim Allen being Brainiac or something… For the longest time there were news and news. But no movie. it never happened. That’s was my introduction to the meaning of the words “development hell”.

It was in these magazines around 2001, when I too first heard anything about a Wonder Woman feature film, and was widely rumored that Sandra Bullock would be playing the role. It also never happened.

I’ve been waiting 14 years now. The rest of the world has waited a lot longer.

When my mom came to my apartment the other day, she couldn’t help but notice the not-actually-that-insane amount of geek memorabilia that adorns every corner of my crib. Aston point she casually asked if my favorite superhero was Superman. “ no, its not mom” I answered “its Wonder Woman for sure”.

-“Well all I see are supermen everywhere…” she retorted.

There is, I admit, a painting of Superman (I believe by Fernando Millán ) hanging on my living room,  I have also displayed the New 52 “we can be heroes” Justice League set which includes both Wonder Woman and Superman on the table, a Kingdom Come Armour Wonder Woman figure on the library, the Amecomi Wonder Woman statue on my desk… and there’s even a Wonder Woman brightly displayed on the superpowers Hall of Justice box I have on the TV room. But despite Wonder Woman three timing Superman among my collectibles, she didn’t see her…

And it bugged me then…  Why would I come online to rant if it didn’t?

But I fear people, like my mom, don’t see Wonder Woman. I mean if you are into DC Comics or working for DC Comics, when you talk about the “big three”, she comes to mind right?. when you talk to anyone about heroines doesn’t she rise above all other?  She does! But she is not anywhere… not in the past and rarely, and for some time now, people have been asking… well where is Wonder Woman? In fact its been asked so much… and by so many, that there is actually a documentary inspired by the absence of the super hero in current media for decades. Yet still no wonder woman movie yet. There is one in development right now (as always since 1999).

But I have decided to go a bit further, do research and try to come up with some sort of explanation for this present absence of the character in people’s minds. And stumbled upon a notorious absence in TV, movies and visual media in general. Looking back I realised something. Superman and Batman are media franchises Wonder Woman is not… and the more I looked into why she wasn’t, more questions arose?  Was it plain machismo in our society? was it really an uninteresting / not profitable character? was there hints of a course?

The only way of knowing is by going back, play historian and see how it would have been like if wonder woman, had joined her fellow members of the trinity in the media and why she actually didn’t .

This site uses Akismet to reduce spam. Learn how your comment data is processed.