1st Stage Development Hades: Acheron – The history of Wonder Woman (not being) featured in the media

In the 40’s, with the boom of super heroes, Hollywood  (cos its inevitable to refer to the movie industry by a proper name) took notice and of course made the most of the phenomena. Batman got a serials in 1943 and so did Superman in 1948, these as part of a really big trend of comic book to serial adaptations, that included captain America, The green hornet, Zorro, the shadow, Captain Marvel… etc. Yet  wonder woman didn’t have one. Why?

Imagine a vintage Wonder Woman suit, with a ruffled skirt and old time bathing suit. A serial at that time that would have propelled Wonder Woman to early heights of popularity just as Batman and Superman’s serials did for them. It would have been as controversial as popular it seems… You might argue that in the 40’s women in action leads where uncommon, but thats just not the case, one of the most famous is Linda Sterling, she starred in in the The Tiger Woman (1944) playing Nyoka, a jungle heroine in a sexy leopard outfit. 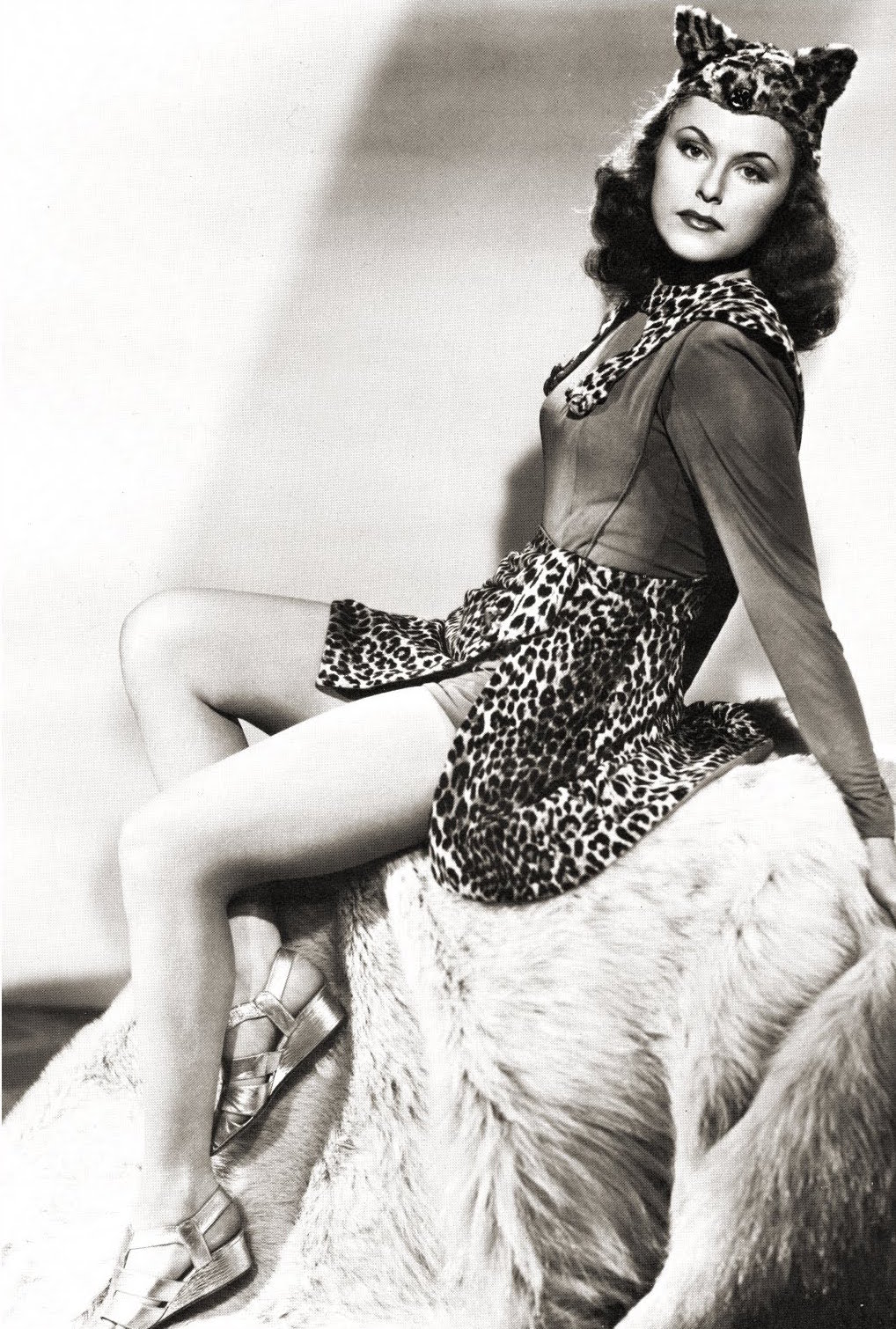 You might even argue that wonder woman were just too weird and full of bondage in the era… but The tiger woman had its share of bondage included. 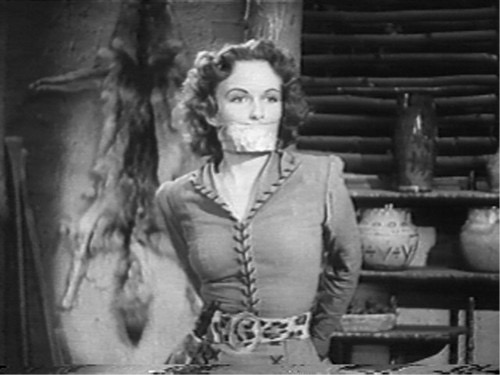 So its not that wonder woman was too sexy…. or to fetish. In fact, during the latter years of the war, having a sexy woman hitting Nazi jaws seems like the best idea ever for propaganda films. And imagine having some pretty 40’s actress traveling abroad to visit the troops and boost morale, it seriously would have been the perfect movie serial at the perfect time.

The wonder woman movie serial that never was by Scott Blair (on the right) along side the posters of the Batman and Superman serials that were.

Upon closer examination however, Nyoka is very well covered herself after all while Wonder Woman is after all very scantly dressed. it’s the 40’s after all. I mean this was censored for being too sexy:

Rita Hayworth scenes in “Gilda,”  made many censors rise up in rage when it premiered in 1946 (She LITERALLY dances and removes her gloves to later slap some guy with them).

Imagine the outrage of an even more revealing women punching men to the floor… I guess for any studio was just to much of a risk. My guess is that no one was brave enough to pull it off, and I can’t argue that a more soberly clothed Wonder Woman, even with Nazi ass kicking action would have been quite the same.

In an interesting note DC comics published in the 90’s a mini-series titled: REAL WORLDS, these explored, grounded “real world” stories (of what you might call earth prime type of stories). In the issue: Wonder woman Vs. the red menace the story (which you can check out the art here  | Or buy here) revolves around the scenario of a wonder woman serial placed at the early 50’s post war america. Its quite touching and both melancholic and well… real. 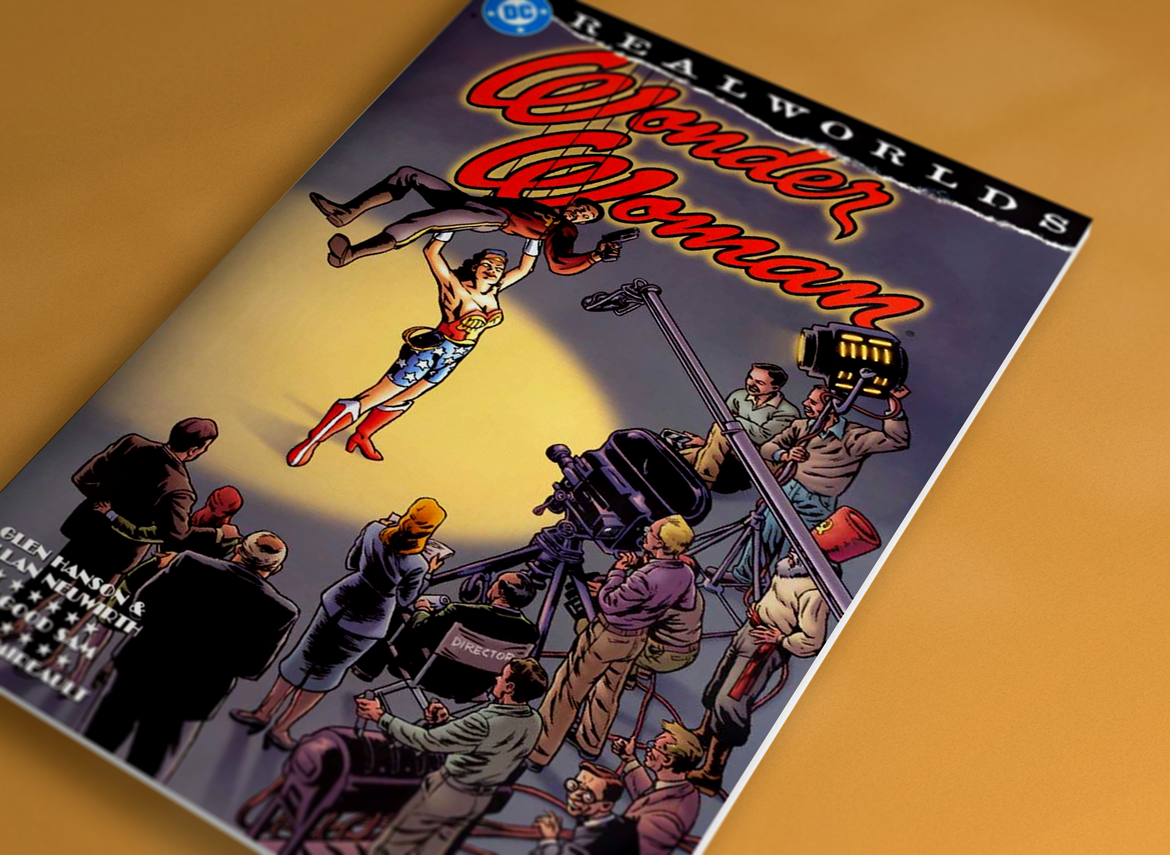 So what the big deal of Wonder Woman not being featured in a golden age serial? well… I’m not sure, it might not be important all, after all the big boom of super heroes movies nowadays centres around heroes that wren’t created till the 60’s or later; but the truth is that when the Superman radio show aired in the 1940’s. Batman was the one who guest starred regularly in it. Maybe because  Batman had stablished an image outside comics and Wondy had not? Maybe she had no media persona people into superheroes would recall? a presence to make her appearance on radio significant or beneficial? According to The Superhero Book by Gina Renée there were attempts as early as the 1950s to get Hollywood to create a live-action Wonder Woman serial, But the tide was probably against it. Also in the 50s, anti-comic crusader Fredric Wertham accused Wonder Woman of being a lesbian with a “a sadistic hatred of all men.” which I’m sure that didn’t help her case into the silver screen.