1. Wonder woman was not created, she was crafted. 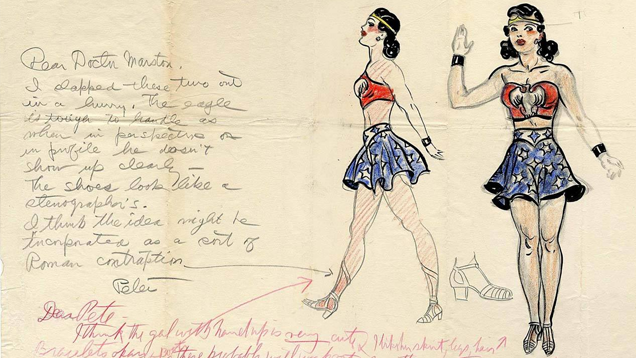 To the questions: Why is there no wonder woman movie? Tv series? animated series? radio show? webcomic? video game? Why if she is consider part of the “trinity” like superman and batman, does he get so significantly low media exposure?

We should remember how is it that wonder woman ensured her place among the dc “trinity”? what has placed her above others like Aquaman, Flash, Green Lantern.  You see, during the golden age,  when superheroes arrived there were no expectations, no restrictions but those of the unknown. Comics as medium, largely unexplored. That’s why things like superman were allowed to bloom. They could be as violent, sexualized and self righteous as they liked; its this non-censorship state, I think, that allowed kids and teens those days to get invested in this medium so fast and.

Superman was sincerely un apologetic to do what he (and therefore its creators) thought was right, without any physical restraint, no matter the problem faced, weather was a bully in school, a husband beating his wife, organized crime or corruption in a third world country. There was just freedom for the character toddle with it as he saw fit. Batman on his hand wouldn’t doubt to kill villains, or punish any wrongdoers, violate any kind of law.

Sexually things were free of judgment, no one caught on that having a 15 year old living with a rich grown man in manor would imply something, while no one caught one that the Superman/Clark Kent double life might have served as a façade to sexual Sadist/Masochist role-play, superman might have or not enjoyed being cruel to wrong doers but he obviously enjoyed being whipped and submitting to an don’t like type girl like Lois Lane in the bedroom (man she is an emasculating bitch at times).- The latter seems to be an intentional sexual subtext that co-creator Joe Shuster imprinted in his character). So if you ever see someone questioning why Superman, would let himself be treated like a (for lack of a better word) a bitch by Lois or let himself be ridiculed publicly by the likes of Steve Lombard or Whitney Fordman, the answer could be simple: It turns him on. –

What is interesting is that while those two characters were not part of constructed medium with an ideological agenda during their creation but merely put out there for self indulgence, sheer entertainment  or for lots o’money,  Wonder woman creator William Moulton Marston did see the medium with a ideological agenda. He wrote about comics influencing kids, and there fore generations.  He did saw potential for these ideas to be spread in the comics and created Wonder Woman to increasingly play on the sexual and gender ideas that were being consumed by mostly boys those day.

And with that in mind, I don’t think its wise to deny the inherit sexual tension the character was created with. Marston is now known as not being a sexually traditional man, but at the time he created what was the quintessential sexually non traditional character. In wonder woman there are a lot of non-traditional sexual elements, there’s of course, the girl only inhabited island, a lot bondage and binding bracelets, but there is also a lot of gender role-play and mixed messages. Women are portrayed as superior human beings at times, as docile and sub servant others. Not only that, their superiority is displayed through their willingness to be submissive when the story demands it and at the same time with punching bog strong men when there is no choice.

This means wonder woman lets herself be bound quite often yes, with “lets herself” being key to that sentence, its almost her device to solve the situation she gets into, because Wonder Woman always breaks free and conquers the obstacle and goes on to doing a lot of ball busting on the bad guys. This constant submission and subsequent self liberation and display of strength plays on the senses of transgression of any reader, and at the same sends a mixed message to everyone who reads that 1940’s wonder woman, even today. Its puzzling, intriguing and completely non-traditional.

It would be my guess that this play on the senses, of watching this woman being in this completely extra ordinary situations during the 40’s was at least part of what caught the attention of the public then. This was her success and her biggest obstacle. This intentional transgressions by Moulton would be of course be a big no-no if translated to other, well established media such as the movies. Because wonder woman was designed to symbolize a new status quo of gender roles in society, and maybe even in the bedroom.

Now, you might be thinking, cos I am, that a society as patriarchal like the USA of the 40’s, it would not tolerate a wonder woman movie serials how was the character allowed to survive?That’s because wonder woman was a Trojan horse disguised as a patriotic symbol.

So you could sum up DC’s trinity like this:

•2. Batman. Designed as monetized version of the same idea by a business man and a creative artist who knew who to shape it and sell it.

•3. Wonder Woman. Crafted by an academic, a scholar, that uses the naïve original idea, and carefully manages to promote an ideological agenda.

•All other DC superheroes from the golden age are mostly a derivate version of the trinity, not only character wise but intention wise.

Its no wonder why so few of woman super heroines of the golden age survived, other even more gender-role bending characters such as the Black Cat were lost into oblivion. Moulton had the brilliant idea of dressing up her agenda driven female super hero in the American flag, why? to play on the patriotic feelings of the public as the second world war raged on. Once the USA entered the war, wonder woman gained even more popularity, maybe even more that some of the others, because unlike heroes like Batman and superman, green lantern, or flash her costume screamed patriotism like no other in the National Comics roster… That made the character become alive.

What made the character remain and become part of the trinity till today. is a combination of factors. First is that part of her ideological agenda made it so that when Moulton sold the character to DC, he made sure it would not be left to die and live on, even after the patriotic war inspired phase had faded; there is a little clause that states that DC comics  has to publish  at least 4 comics of wonder woman a year or they lose the rights of the character. That sustained the character through the ages, DC not risking losing it, has never ceased publication of the character.

The other reason wonder woman, has always been in, with the trinity, is that she “symbolizes” women, and that after all is the other 50% of the market. Having the long publication run made it the first choice to make it the GIRL among groups of heroes. She was the first female member to join the JSA (even if as secretary) and later the only female founding member of the JLA.

While there are other merits to elevating Wonder Woman  to “trinity” status like, she was the character that introduced the concept of parallel universes (yeah historically she discovered the freaking Multiverse!) the fact remains that she is the first and most successful female Superhero and quite frankly the only one on her own right (since she is not a derivate from a male hero like, Batwoman, Batgirl, the Huntress, Supergirl, Power Girl, Zatanna, Jade, etc. nor she was antagonist or companion to a male superhero like Black canary or Catwoman). 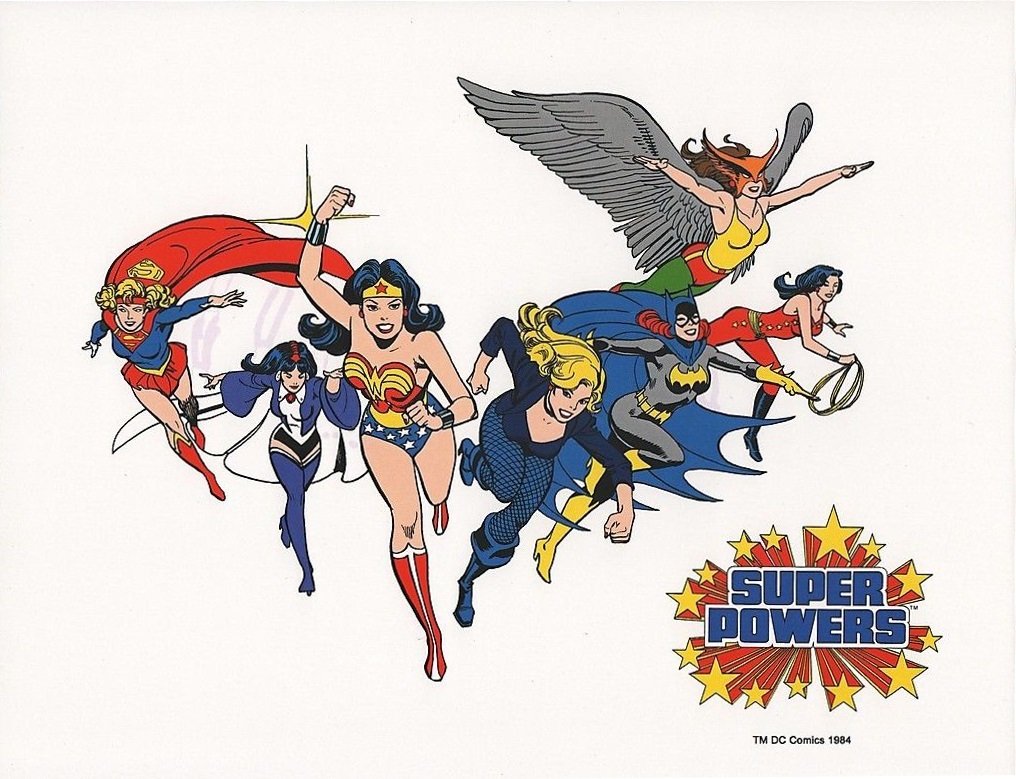