6th Stage Development Hades: Tartarus – The history of Wonder Woman (not being) featured in the media

So by The end of the decade, wonder woman managed to get an animated direct to video feature film and the promise there would be no more.

The reason for a decision like this I think is what would become The wonder woman embargo.

The long production status of the wonder woman movie and TV series had an impact in the character. As the characters rights were tied to Joel Silver or ABC r whoever was working on a project. DC’s way to protect the character was to avoid it being distorted, and try to keep it uniform with whatever main media representation the character got. So this resulted in a weird deal for all DC properties. But I think wonder woman suffered the most.

Since  Superman and batman were pretty active franchises in the 90’s. They had animated series to tie in with their popularity. These Animated series by Bruce Timm eventually featured other heroes such as Aquaman, Flash, Green Lantern, Zatanna and even the Creeper guest starred in some episodes,  Yet wonder woman never did. When Superman the animated series ended in 2000 It seemed then that only a wonder woman Animated series would be in order… But instead a new Batman TV series was picked: Batman beyond (1999-2001)… and even then in this new Batman Beyond seres there was and episode aired that featured the justice league but Wonder Woman was absent and in her place appeared Big Barda. 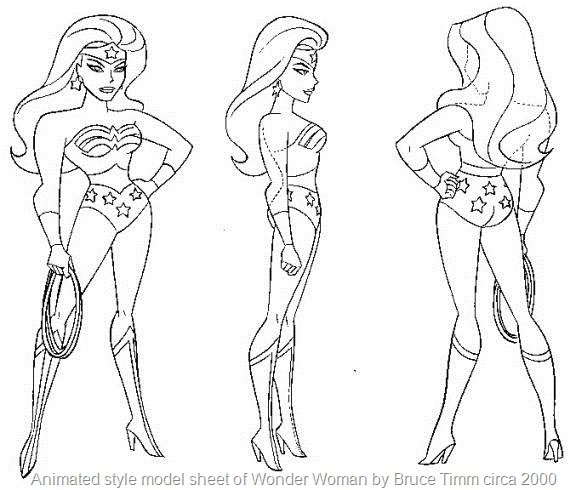 “There’s kind of a licensing problem:  if we wanted to do Wonder Woman as a series, we could do that, [but] if it was a guest-shot, it was a little more problematic. I don’t really understand it—it just turned out to be easier all the way around [to use Big Barda in the Batman Beyond episode ‘The Call’…] we love Wonder Woman—Bruce [Timm] did that great design of her, which is now a maquette at the Warner Bros. store. At some point, we’ll do Wonder Woman…we just need to fight that battle when we get to it .”

Yet regardless of the complications it might bring to simply Cameo wonder woman in the animated series of the time. Its clear the option to make a solo an animated series was open but not taken.

Superman returned to TV in 2001 with the TV Series Smallville, which lasted 10 seasons and several Heroes from the DC Universe guest starred in it. Some as obscure as star girl and as campy as the Wonder Twins. But wonder woman never did. It was widely rumoured she would and that the producers wanted to. But all we got was some faint references and Lois Lane wearing her costume… which I can only imagine they had prepared for the actual hero but realised they would never use. 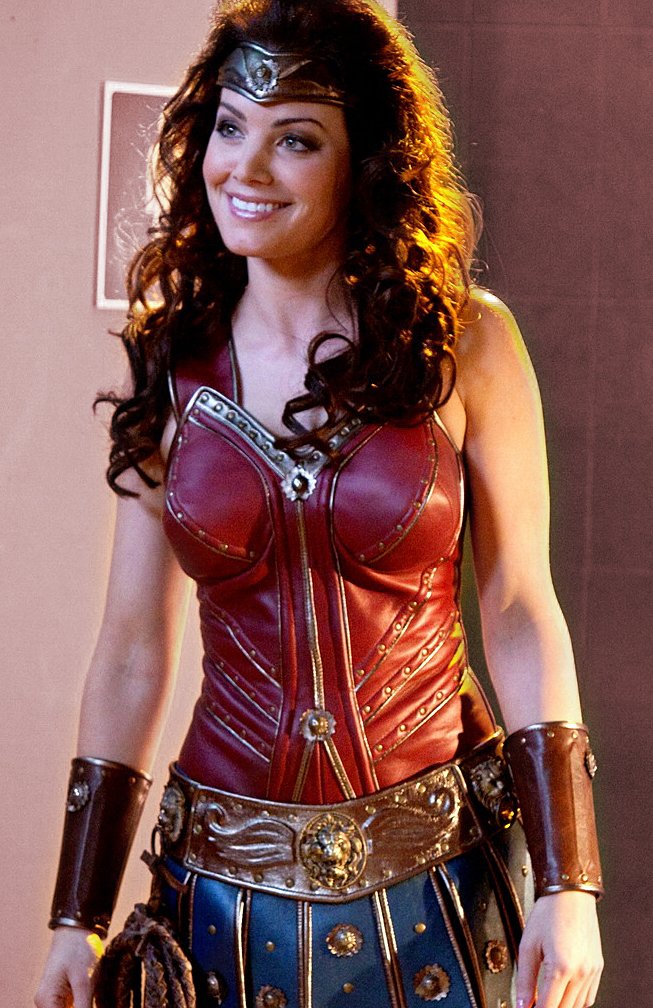 In fact neither wonder woman nor batman ever made an appearance due the rights being tied to movie productions.

in 2001 a Justice league animated series premiered, and this one was close to not featuring wonder woman at all. Bruce Timm admitted in an interview shown on the first season DVD that he initially ran into some legal issues once he told Warner Bros.  that he wanted to use Wonder Woman for the series (probably the same Paul Dini mentioned). He was eventually successful in being able to use the character for the show, which makes me think. Wonder woman could be used in the justice league, because she was an Integral part of it, Not a just a guest in it. However later other animated series ran into similar road-blocks preventing the use of both the Wonder Woman character as well as established Wonder Woman supporting characters.

Concept art of Justice League roster that would have not included wonder woman.

When justice league premiered the character had been off the air for 12 years. A whole generation of children who had not been exposed to the character in any mainstream form. (I cant count comics as mainstream since in the 90s with the rise of the internet and TV going on strong for about 50 years comics had clearly become a niche medium.)

In 2003, midway through Justice League, a new animated series featuring the Teen titans also premiered and as expected this one did not include Wonder Girl who had been part of the teen titans line up since its inception.

When the Justice League guest starred in YET another Batman tv series. (batman now beating both superman and wonder woman animated series by 3) Wonder woman was not part of the team.

I think DC comics rights to wonder woman, as explained by Paul Dini might be one of the main the reasons why the character is hard to bring around.

While batman has used superman series in media to grab some attention to himself, wonder woman has not been so lucky. Like it happened on the Radio show in the 50’s, and now in this era of superhero animation, superman (and others) got more media exposure by being able to cameo and guess star. 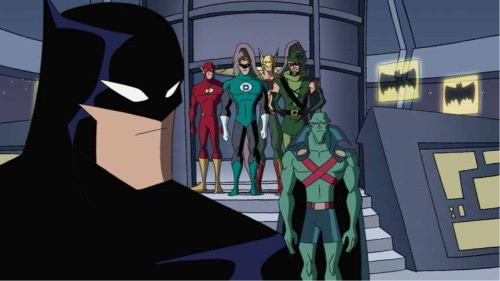 The embargo scenario that might have been playing since the 40’s might have existed as a protection devised by William Moulton Marston, to ensure the feminist character he created was never going to second fiddle to any of the existing male heroes. That she was going to be able to stand on her own.

By 2009, in the comics, Wonder woman was being transformed and re written and was wearing a new outfit which caused a lot of controversy and media discussion of the character. Interestingly that same year David E. Kelly partnered with Warner and NBC to produce a wonder woman pilot for a new TV series.  David E. Kelly’s was most famously known for his success has been in the realm of legal dramas, and that really made sense to me, after all Wonder Woman is an ambassador.

The pilot centres in Diana (of) Themyscira/Wonder Woman’s efforts to link Veronica Cale to the distribution of an illegal steroid that gives its user super-human strength and endurance, but can cause death through repeated use; it is also learned that earlier “experimental” versions of the steroid created hideous mutations in Cale’s test subjects. She has been wonder woman for a long while, and she tries to do this, Diana is growing frustrated with having to maintain a “perfect” image to the outside world, the legal complications that hinder her as she tries to bring Cale to justice, and her strained romance with Steve Trevor, she had reluctantly broke up with Steve on account of her new responsibilities as a crime-fighter. At the end of the episode, Steve comes to her in his new capacity as a Justice Department attorney – and, to Diana’s chagrin, he has married someone else. 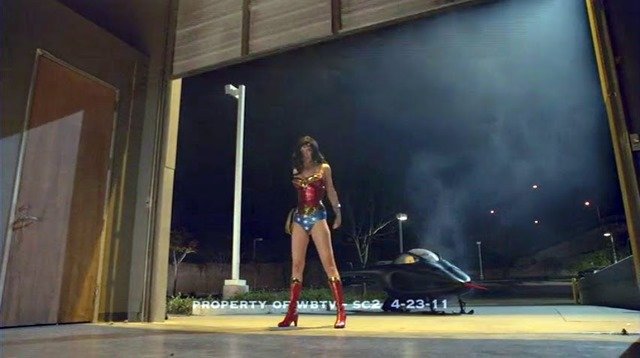 The series seemed to be to have a show focusing of the diplomatic conflicts, difference of politics, feminism, and clash of ideals Diana faces as she comes to Man’s World. The pilot was not completed in time due to VFX complications and was leaked online only to receive an alarming bad press of what was obviously an unfinished product. Unsurprisingly the pilot ended up not being picked up.

“We made mistakes with ours,” he said. “My only regret is we were never given a chance to correct them. We had a lot that was right about it and a great cast. In time, we could have fixed what we had done wrong, we just didn’t get that chance.”

We produced it at warp speed and it’s a special effects show and it took more time than we were able to give it. We [would have been] able to give it more time and extended it had we been picked up. Just learning the storytelling — the genre was very different for me and I had a lot to learn; my learning curve probably would have gotten better. I’m sad we didn’t get to do it but I do believe it can work for the CW. They’re smart to try it.” 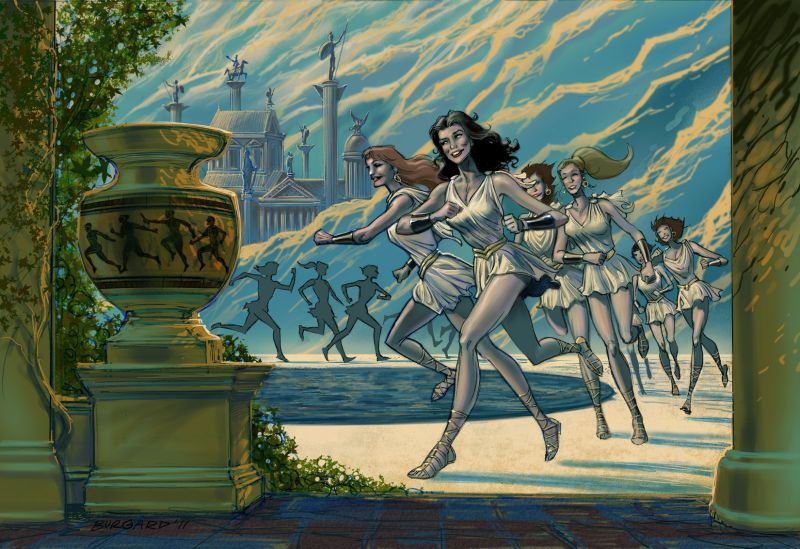 Its somewhere around 2010 that the wonder woman embargo finally ends. It was never official,  something must have changed,  Batman had yet another animated series by the end of the decade called: The Brave and The bold. That featured lots of DC characters. Wonder woman missing for most of the series until in its last season she was featured in a couple.

Then in 2010 an original video animation based on the revised SuperFriends franchise by Fischer Price.  Tho despite being a heavy homage to the Challenge of the Super Friends season of the 1970’s, she only appears in the title sequence and not in the actual show. 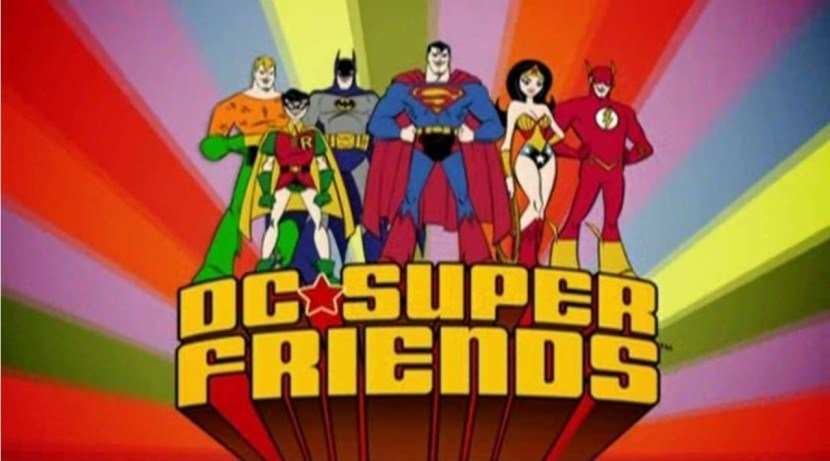 On the animation side, wonder woman would appear on a semi regular basis on the animated series young justice animated series that eventually included wonder girl too. Surpisingly the show became wildly successful among young females, which lead to its ultimate demise. Whats that you say? That’s right, they canceled a super hero TV show because to many girls where watching it. 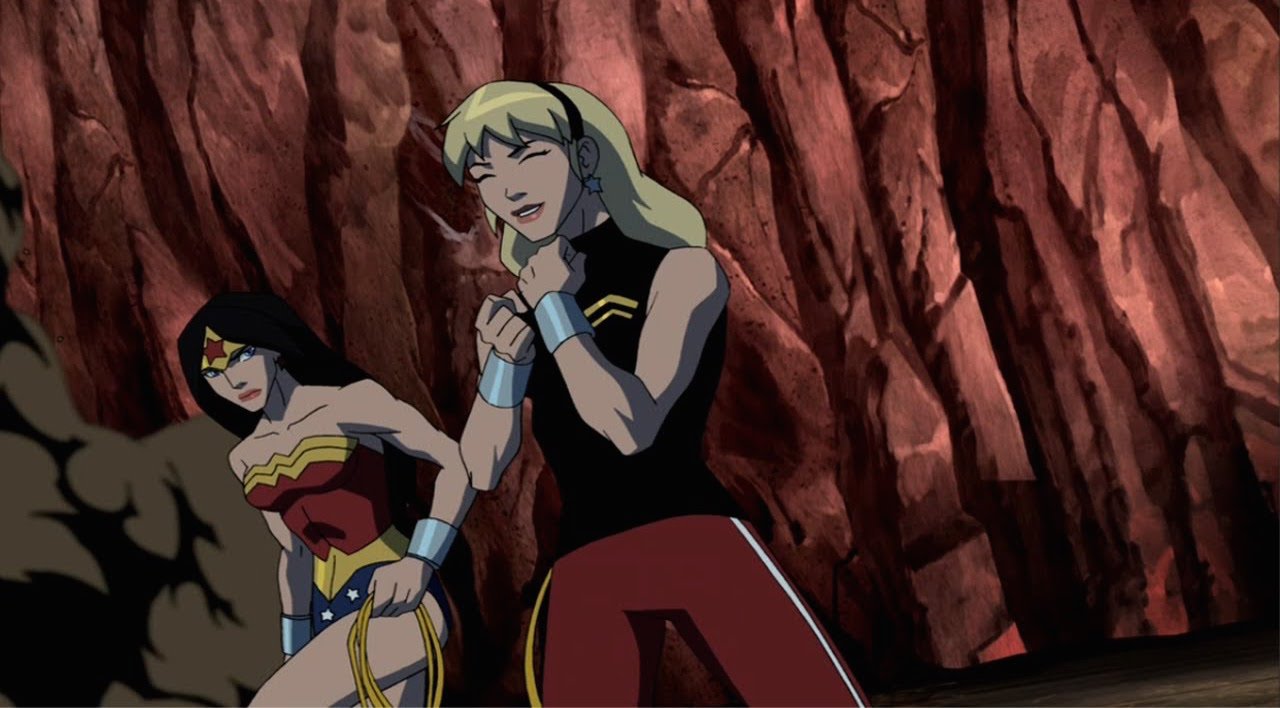 Unable to secure anyone to produce or write her solo movie, wonder woman made her debut  in the silver screen for the first time in 2014 when she was revealed to join batman and superman in The Lego movie. Making that movie her first official big screen debut.

During these days The CW announced that a new Wonder Woman Pilot titled: Amazon. It was poised to explore the origin story of Wonder Woman’s alter ego Diana of Themyscira. The network announced in September 2012 that it was teaming with Grey’s Anatomy’s Allan Heinberg to develop the story. The script was redeveloped in May, with Heroes writer Aron Eli Coleite taking a new stab at the story, and the network was poised to take the project to pilot for a potential off-cycle pickup. But that no longer will happen.

CW president Mark Pedowitz told The Hollywood Reporter, that while Amazon will not move forward he was open to taking a second stab at the iconic Wonder Woman character if the right material were to come along.

“It all depends on the script. We were very careful with Arrow, and we’re being very careful with Flash,” Pedowitz said of the Stephen Amell series and Grant Gustin Flash pilot in the works at the network. “These are iconic characters, so we’re going to be very careful with Wonder Woman. You only get one shot before you get bit.”

By 2014 Batman ended his second movie series with The Dark Knight Rises and in 2012 Superman released its reboot movie franchise with “Man of Steel”.. which despite the heavy criticism secured a sequel a sequel that would feature both Batman and Wonder Woman alongside him.

Making her first live action debut in the movies looking like the glorious warrior she is! 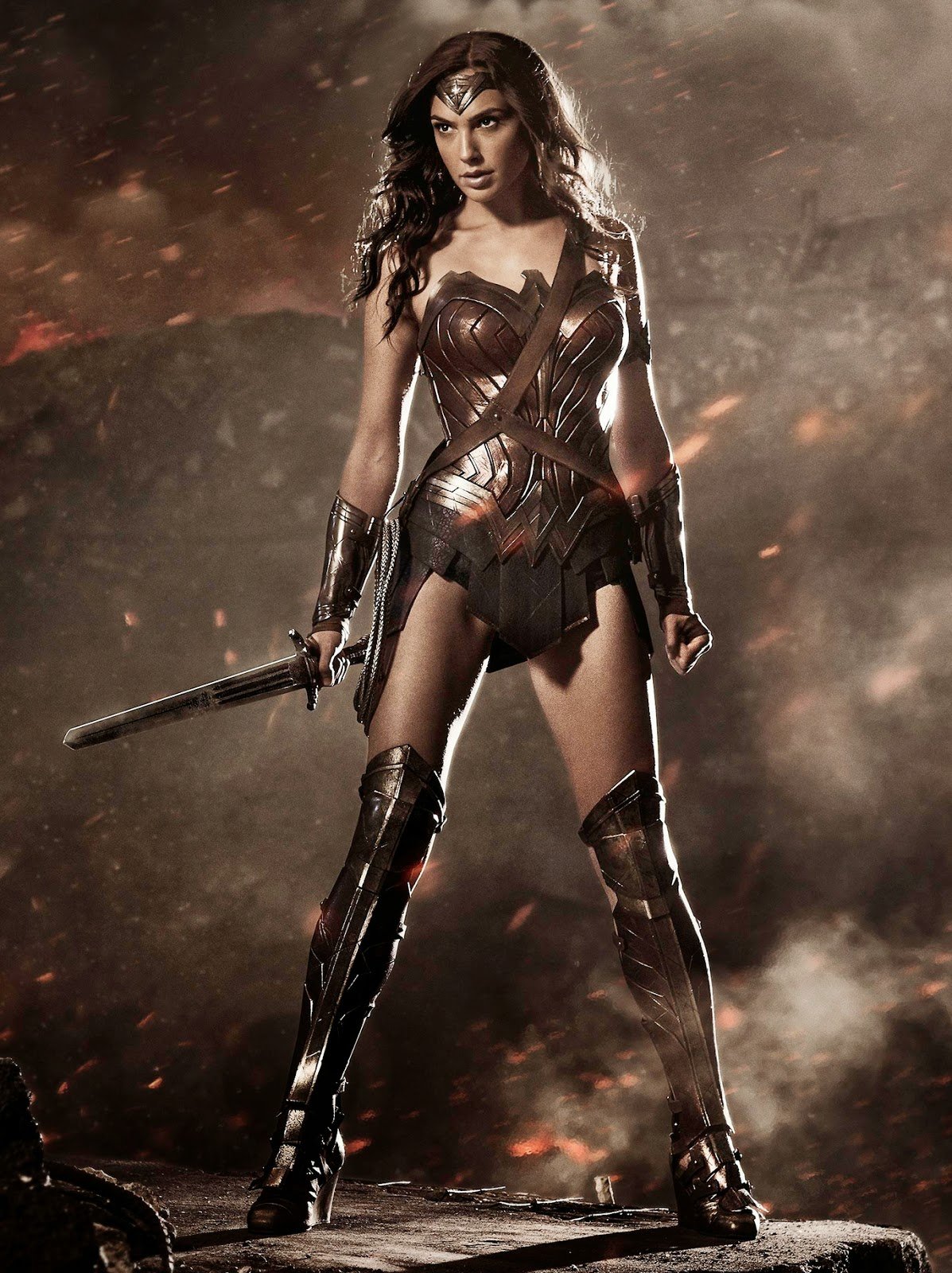 While I think there should be a scream for victory here, for the character will finally make its first live action movie debut in 2016. It just seems like its kind of a muted victory, outweighed by the amount of corpses of dead projects and the thought of loss opportunities. And while there is a solo movie is in the works for her (as always) it just seems like too little to late. Or as better ilustrated by hitokiridriver over at Reddit… (here with a more accurate -tho not less heartbreaking- update). 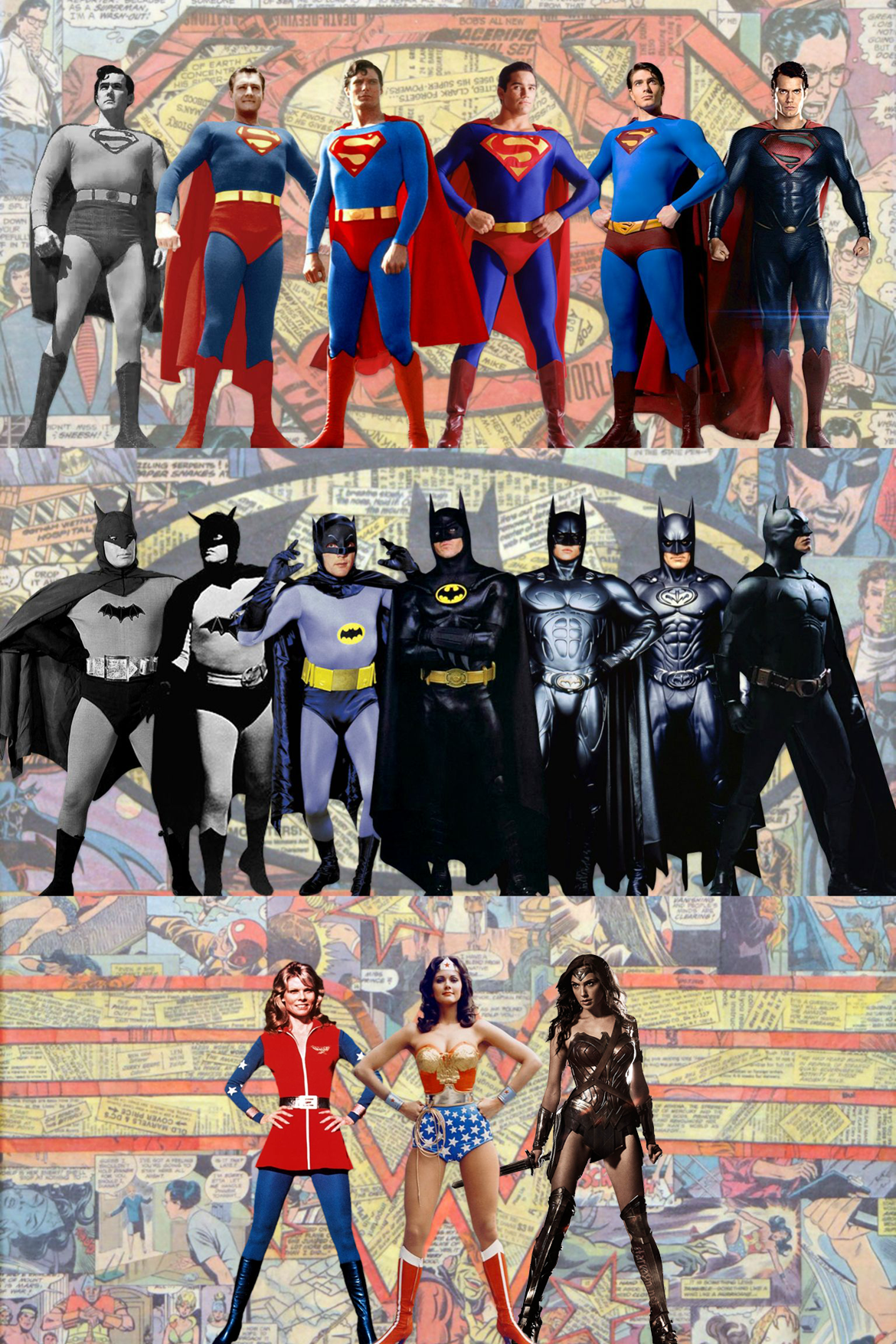